Wells Fargo Overdraft Fees And Ways To Waiver Or Evade

Forgetting your bank balance is a common phenomenon with many people all over the world. In the process, you may initiate a transaction beyond your balance. When this happens, the bank may decline the transaction or approve it with extra charges. The advanced money is like a loan that attracts heft charges.

Wells Fargo Bank is no exception to this norm and charges a fixed $35 as the overdraft fees and a $105 cap per day. This means you can only access the overdraft services three times in a single day. However, Wells Fargo doesn’t approve all overdraft transactions. It declines ATM and daily debits that are above your account balance without charges.

When it comes to the recurring bills and written checks, the bank will mostly approve such overdrafts. It is, however, entirely based on their discretion. The freedom to use this service isn’t as beneficial as banks may want consumers to believe. Even though it saves you that awkward moment when you want to purchase something and don’t have enough money, it has great financial ramifications. If you are fun of overdrafts and make the calculations, you’ll realize that you may spend a considerable sum of money at the end of it all.

If you are a Wells Fargo customer, we’re going to help you evade the overdraft sting using the best financial tricks. You’ll be able to save those extra bucks that you would otherwise spend as overdraft fees. We are also going to guide you on how to use the overdraft rewind service. A service that will cancel the overdraft bill if you receive a direct deposit within a single business day after the overdraft happens. 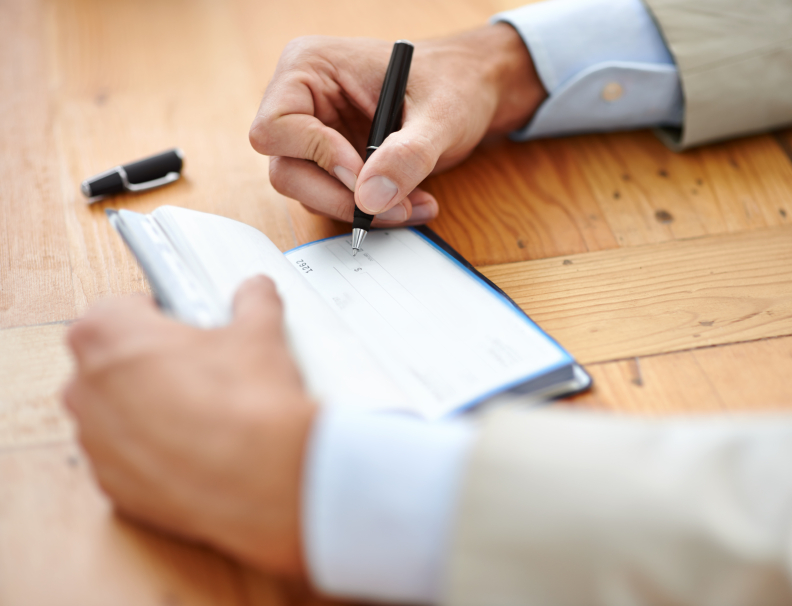 If you have ever been invoiced for that overdraft fee, you understand the pain of it. Therefore, you must have thought of a way to avoid it. The shortest route is keeping track of your expenditure and avoids overspending what you have in your account. If by any chance, overdraft occurs, below are some tips you can follow to circumvent the fee;

1. Having an Overdraft Protection Plan/Account Transfer

Wells Fargo offers an overdraft protection plan in which it deducts money from one account to the one you want to draw money from. The cash could be from your savings accounts, credit line account, or another checking account. In the event you have more than one linked account, Wells Fargo will use the savings account first unless otherwise specified.

To illustrate this, say, for example, you are out for dinner, and you realize your credit card doesn’t have enough money. With an account transfer plan, the funds will be transferred from your savings or checking account to offset the bill. Even though you pay a negligible fee of $12.50 per transaction, this is much less than the $35 overdraft fee.

You can easily activate the alert system in which you’ll receive notifications when your balances drop beyond a certain level. The notifications can be via SMS or emails, which will play a critical role in helping you, prevent unplanned overdraft processing.

If you have automated payments and realize the available balance won’t offset your wage bill, you can move fast to fund your account. Also, notifications will help you know when an overdraft occurs. With that knowledge, you can also quickly initiate a direct deposit to cancel the overdraft fee before the elapse of a single business day.

3. The Grace Period and Buffer

Grace period: Wells Fargo gives you a grace period after the close of a business day within which the bank cannot affect the charges. If you clear your overage before the cutoff time, you won’t pay a dime.

The available cut off times is;

Overdraft rewind program: Wells Fargo has this unique offer in which they can reverse your overdraft fees. However, this must be under two conditions; one can receive a direct deposit by 9:00 AM local time within the same day overdraft occurs. Additionally, the amount received should be more or equivalent to the overdraft taken. If your direct deposit meets the above criteria, you are entitled to this program by default.

Safety buffer: This is an overdraft margin within which the Wells Fargo cannot charge you overdraft fees. If your account overdraft is $5 or less, you won’t be charged any fees, no matter the time you take to offset the negative sum.

4. Request for a Waiver

No bank would want to lose a good customer. Basing your argument on your faithfulness as a Wells Fargo customer, you can request them to waive the overdraft fees. It has worked severally for many people. Why not you? You can explain that it was an unfortunate incident occasioned by hard financial circumstances or any other reason you have—health, a pandemic, etc. If you play your card well, you can easily get a full waiver.

The key thing to remember when negotiating for a waiver: be polite and respectful. Remember, it’s a favor you are requesting. Even if the correspondent sounds harsh or keeps resisting, push on but don’t accept to annoy them. If, after the first call, you don’t agree, you can make subsequent calls to different agents and explain your predicament. You never know it’s a long shot that may work or fail sometimes but worth trying. If the call doesn’t work out, you can make a stopover to your local branch and talk to them.

Financial discipline is the first step to financial freedom. This is a general tip for everyone, whether you bank with Wells Fargo or not. It will help you avoid being dimed by your bank, and it’s the highway to getting rich.

You don’t need millions or get rich fast schemes. All you need is putting the right systems in place and not be afraid of living frugally. You set your expenditure limits to keep track of your finances and be willing to be faithful. Whenever you notice overspending, you slow down and ensure you always have enough money for your bills in the bank. This ensures that there’s no time the bank will force you into an unplanned overdraft.

The best example where you can open such a bank is Charles Schwab. This bank doesn’t charge an overdraft fee. On top of that, it reimburses your ATM fees. So, at the end of every month, you’ll receive a deposit amounting to the sum of ATM fees you’ve paid across the month. Again, you can make withdrawals at any ATM lobby free of charge.

Another good substitute to help you avoid overdraft fees is the Cheese Debit Card. It is an innovative card that doesn’t charge you for overdrafts. Also, the card offers some additional bonus in the form of interest for your savings.

This is a great financial tool. All you need to do is allocate your money into expenditure envelopes like groceries, recreation, gas, etc. The idea is, whenever you exhaust money in those envelopes, you’re done with that month’s spending unless there’s an emergency. Will help you to manage your money and avoid overspending. You’ll always have money for your budges. Note that knowing that you don’t have extra will force you to stay within the budget.

You can follow the steps below to set up your envelope system;

By using the name envelope, we don’t necessarily mean the physical envelops. You can monitor your expenditure with separate bank accounts and debit cards.

How do I stop overdraft fees Wells Fargo?

If the overdraft charges have already been applied, you can make a call or visit Wells Fargo local branch to negotiate for a waiver. If you notice an overdraft just occurred, you can utilize the bank’s rewind plan or the grace period to cancel the overdraft fees. This means moving fast and clearing the overage before the elapse of the timelines.

How many overdraft fees can Wells Fargo waive?

If you meet the set criteria for receiving a waiver, Wells Fargo will waive the full amount. So, you shouldn’t be afraid of any negative effects or extra costs.

How much does Wells Fargo charge if you overdraft?

Wells Fargo allows you to make up to three overdrafts per day. The charges are $35 per transaction/overdraft. So, this means you can incur up to $105 in a single day if you use this feature to the maximum.

There are two ways to use the Wells Fargo overdraft service. The first is by default, in which the mandate rests entirely with the bank’s discretion. The bank determines whether to approve or decline to initiate an overdraft transaction. This doesn’t cover ATMs or the daily credit card expenditures, though.

The second method is when you have to request the bank for an overdraft approval. You can do this by calling the bank or walking to the branch yourself. If you request, the bank may approve overdrafts even for ATMs and daily transactions, which is not possible in the former.

How can I get overdraft fees waived?

Make a call to the bank or visit your local branch and negotiate for a possible waiver. The management may grant you the waiver or reject your request. You are basically asking for a favor from the bank, and success is not guaranteed. If the overdraft just occurred, you can use the grace periods provided by the bank to cancel the fee. You make sure to deposit an amount equal to or above the overdraft within the same working day.

What happens if my bank account is negative for too long?

If your account is negative for too long, the bank may close your account and report you to the credit bureaus. If this happens, you may get it rough as you may be barred from opening another account.

The bank is also at liberty to close your account for persistently going negative. The closure of your account doesn’t write off your debt with the bank. So, until you pay, it will remain a thorn to your credit score if reported to bureaus.

What is the fee for using overdraft protection?

An overdraft protection feature allows Wells Fargo to deduct money from your linked accounts to finance your transactions if there’s no enough cash in your checking account. The fees charged depends on which account you have linked with your account. However, for the two common types; savings and credit line, the fee is $12.50.The fee applies if the advanced money helps to avoid overdraft or covers a pending item.

What is the meaning of a returned item?

A returned item refers to any item presented to the bank for payment and declined due to insufficient funds in your account. A cheque is a good example. In such a case, a non-sufficient funds fee applies to the depositor’s account.

Paying extra money because of an overdraft is a painful experience as sometimes it occurs unexpectedly. Even when planned, these fees are sometimes unnecessarily inflated. If you have been looking to avoid this extra cost, this guide is for you. Even though it majorly targets Wells Fargo consumers, others can also tap these tricks to avoid high overdraft fees in their banks.

Whether you’re already in debt or about to succumb, it’s time to take advantage of this opportunity and mend your finances. If you’re not sure of your overdraft dues, contact your bank and inquire about it. From there, start your journey to financial freedom where the bank won’t have to take your hard-earned cash in the form of peculiar charges.

How to Connect Alexa to Samsung tv

How Does a Robot Vacuum Work | A Complete Guideline

How To Easily Activate MetroPCS Phone Without Paying